For my Final Thesis Visualizing Dynamic Software Developer Numbers in Work-Spaces of Interest (WOIs) I dealt with a new visualization technique for software development processes.

For an example dataset, on the left side the hierarchy with five selected WOIs is visible. On the right side WOI Rivers (collapsed and expanded) are visible. The height of the WOI Rivers is either related to the number of developers or the number of changed files. 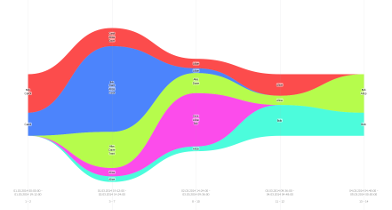 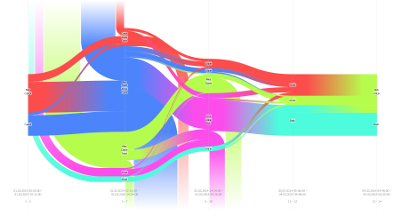 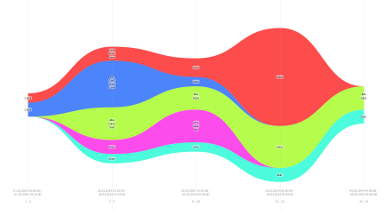 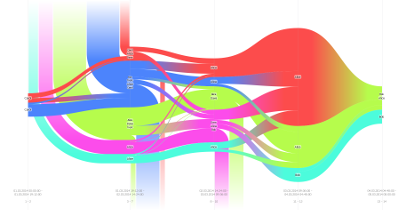 The corresponding application is implemented in C++ using Qt for the user interface; the Qt Graphics View Framework is used for graphic and interactive elements of the visualization. The Doxygen format is used for documentation and Mercurial for version control.

In the video the most important functions of the application are shown. These include different methods for the selection of WOIs, the visualization of the overview and detail view of WOI Rivers and the selection of developer groups.

Here, you can find my thesis (in German) containing many more details.

Results of this project are published in the publication Visualizing Work Processes in Software Engineering with Developer Rivers.